Primarily a dance venue, the Palais on Wentworth Street played host to most of the top 1960s acts including The Kinks, The Hollies, Manfred Mann, The Who and many more.

The venue was established by Wisbech promoter Norman Jacobs who had provided the city with entertainment at the Corn Exchange right up to its final show in May 1964. On failing to secure a renewal of his lease at the Corn Exchange, Jacobs pledged a bigger and better venue on Wentworth Street and the 2,000 capacity venue was rushed into completion for an opening night, featuring The Honeycombs, on 29th September 1964.

During the summer of 1966, Jacobs announced that the venue would no longer host “Saturday night dances” which brought an end to regular live shows at the Palais which then became primarily a roller skating venue before turning to bingo from early 1967.

The venue was located between the Wentworth Street Methodist Church and the Telephone Exchange and is, today, nothing but a car park ! 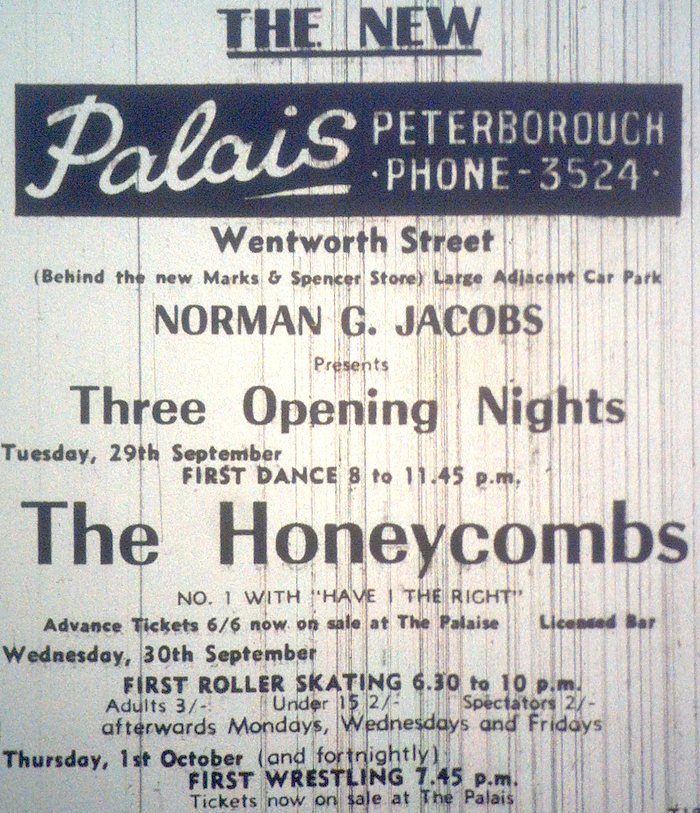