1979
The evolution of The Name mirrored closely the tensions and changes in music in ’79. Guitarist Ian Graham quit new wavers Gobblinz in the summer of ’78, and set about finding a purer outlet for a fist of post punk pop songs he had been keeping back. It wasn’t long before The Name Mk1 emerged with Ian ‘Emu’ Neive ( vocals ) Nick Joinson ( bass ) and former drummer from punk pioneers ‘The Now’ Jo Macoll. They played a couple of gigs during the autumn ’79 the most notable being a support to The Lurkers at the Wirrina stadium in Peterborough (notable mainly for a ferocious audience brawl rather than the music). However the sound of this line up had more to do with the punk of previous years and this material and Ian’s idea for a sound was as close to that of The Jam as it was The Clash.

Nick was replaced on Bass by Dave Colton and Emu by Ben McKnight on lead Vocals early in ’79 .

Early sets were a mixture of new arrangements of classic soul songs and Ian’s pop explosions. ‘In Crowd’, ‘My Girl’ and ‘Track of My Tears’ featured in their first gigs early in ’79 at the White Hart in Acton (the first supporting Squire) alongside ‘Lose that Girl’ (first single) and what was to become their best known number ‘Fuck Art Lets Dance’. Ben’s ability to sing across the styles that were thrown at him and yet stamp his own identity on the songs was to be the bands greatest live asset. In July ‘79 the band played their first gig at Vespers in Charring Cross with Squire and The Teeniest. This and another gig with the Killermeters a week later at the same venue launched the band on to the bigger scene and the band started to build a following. A demo of five songs recorded at the end of the summer of ’79 attracted the attention of several companies but eventually the band signed to Virgins new offshoot label Dindisc at the end of ’79. The band also played several gigs with Oundle ‘refugees’ ‘Riff-Raff’ (including Billy Bragg) who had moved to the ‘Country’ from Romford, to further their career (and ‘farm’ the local girls!). One notable gig with Riff-Raff took place at the Red Lion, Clopton nr Oundle, nr Peterborough …… phew, and involved a missing Chicken!

1980
1980 found the band gigging constantly with a mixture of tour supports to The Purple Hearts and The Chords and headline gigs at places like The Rock Garden and Fulham Greyhound. Their most notorious gigs however were further north often with The Killermeters (who had allowed the band to support a lot in London in `79). Their first single ‘Lose that Girl’ having been recorded and produced by Huw Gower of The Records at the start of ’79 was shelved for reasons known only to their label, and the band were sent into the studio in March to record again with producer Mike Howlett. The result of this was a watered down version of ‘Fuck Art Lets Dance’ called ‘Forget Art’. In spite of the bands request to release the much better B side ‘Misfits’ Dindisc released the single in the spring of ’80 when the band were on tour with The Purple Hearts. The band were augmented by Tony Trundle on sax. On June 1st the band played their biggest crowd to date. Supporting the Q tips (featuring Paul Young) and the J Geils band at the Lyceum. August Bank Holiday saw one notable gig at the Penthouse in Scarborough supporting the Killermeters which nearly ended with a riot when it was thought that the Killermeters were ‘unfit’ to play! From August to November the band began to change with drummer Jo Macoll quitting over musical direction.

1981
With Mexican Pedro Odiz on drums and Dick Young on keyboards the band continued to play live at such places as the Moonlight club in West Hampstead and ironically headlined for the first time at the Marquee in the spring. In the summer the band added Nigel Davis on guitar ( who later wrote songs for the band with Ian Graham) and Andrew ‘ Tommey’ Tomlinson played some gigs on drums. However, having failed to secure another record deal (having left Dindisc early in the year) they decided to call it a day and the final line up of Dave, Ian, Pedro and Ben played their last gig on 4th November at The Cressett in Peterborough.

1981 – 2002
Pedro was last seen playing percussion in David Bowies band at live aid in 1984. Dave and Joe continued to play together and became members of indie pioneers The Pleasureheads. During the mid 80’s they recorded a peel session and had releases with Red Rhinos label Ediesta.Ben moved to London and continued to perform, joining dance pioneers ‘Lovelife’ with Clive ‘Faz’ Farrow (this band having evolved from ‘heads on sticks’ formed by ‘Tommey Tomlinson in 1986’) . He also modeled for various designers and lived in Germany and the States. He is now back in London and all four original members are in regular contact.

Due to a bizarre twist of fate, the band has become more popular than ever before even though they have not played for 20 years.

Specialist mod record label, Detour Records has released an album of their material in Japan because of a resurgence of mod music in the Far East. Called “What’s In A Name”, it features the single, “Forget Art, Let’s Dance” and several other unreleased tracks, and in just four weeks it has sold 500 copies.

The band’s website received 46,000 hits in six months and original copies of the single, “Forget Art, Let’s Dance”, can now fetch up to 150.

Dave said: “The reaction to the record has been so good we are now planning to get together after Christmas and maybe go on tour in Japan. We can’t stop laughing about it. We never thought we would ever get together again. I suppose we are as popular now as we ever were, even though we have not played for about 20 years.” 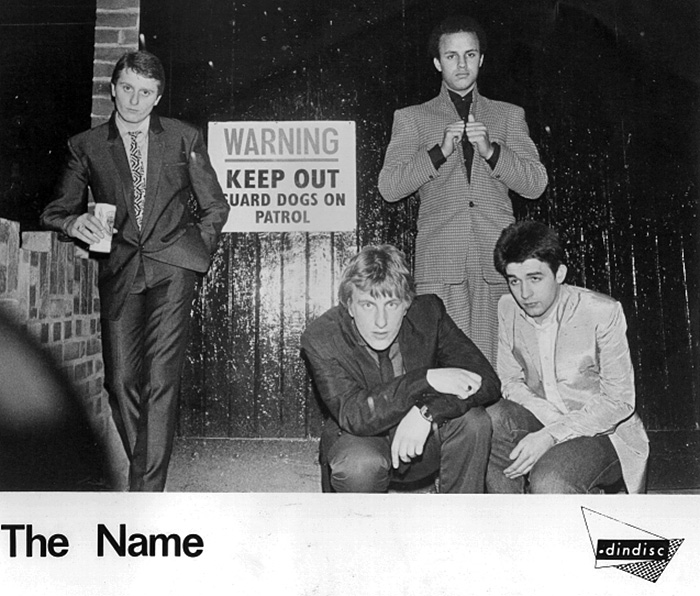 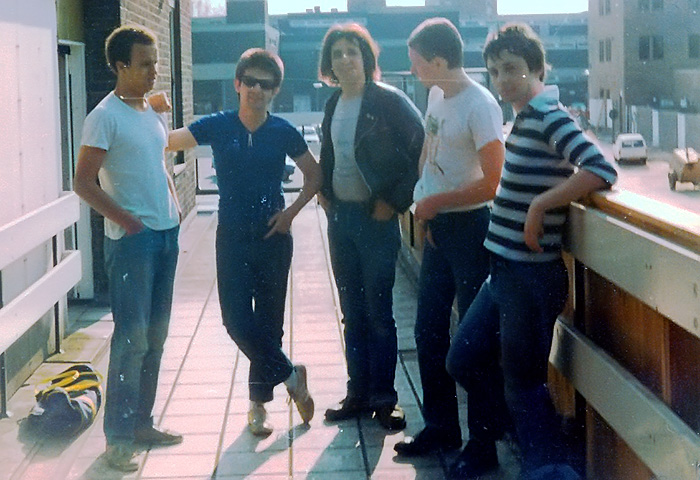 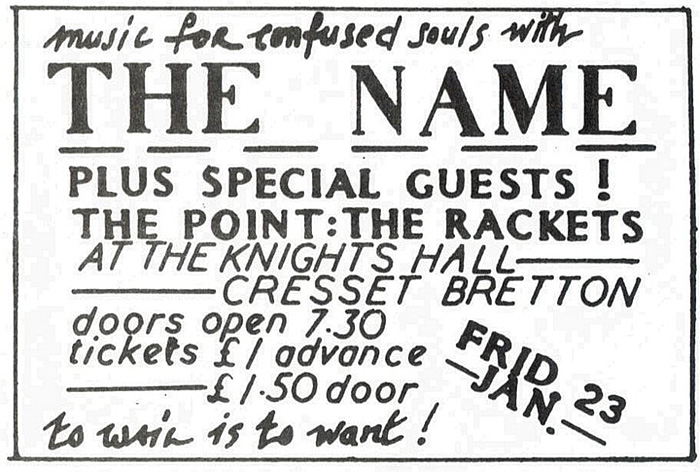 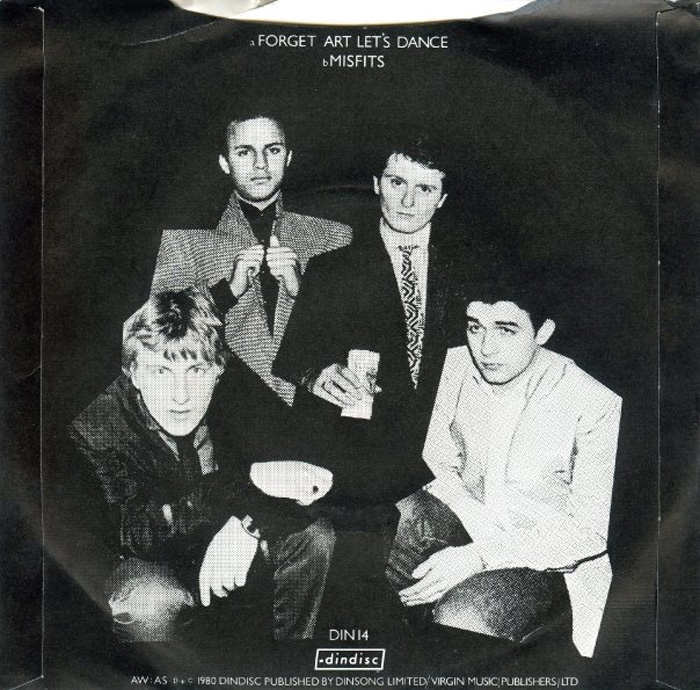 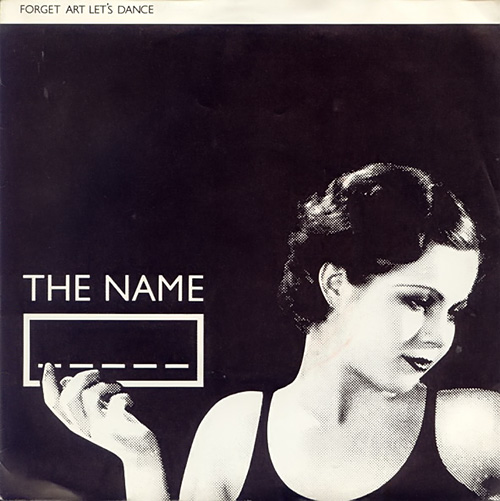 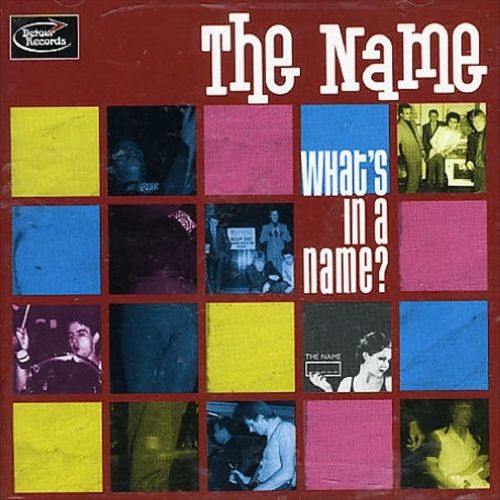